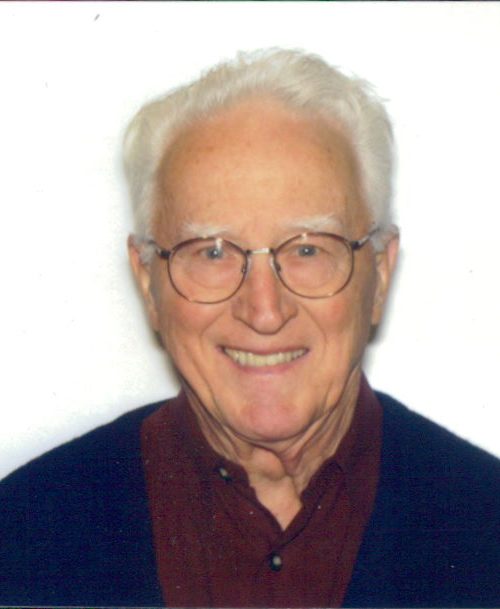 Dr. Vincent E. Jagodzinski of Cheektowaga never relinquished his love of and commitment to music, even after earning his Doctor of Dental Surgery degree from the University of Buffalo School of Dental Medicine more than half a century ago.

Along with biology and physics, Dr. Jagodzinski studied music while attending East High School. He learned to play the clarinet and saxophone, which Dr. Jagodzinski continued to play throughout his life. He even developed a fine singing voice and put it to good use as a member of the Singing Doctors Choir, a local group of about 15 medical professionals who performed at various events.

Dr. Jagodzinski died May 5 in St. Joseph Hospital in Cheektowaga following a brief illness. He was 90.

Born in Buffalo, he earned his undergraduate degree from UB before pursuing his degree in dentistry. Upon his graduation, Dr. Jagodzinski served in the Navy from 1952 to 1954. He was stationed in Camp Pendleton, Calif.

“That’s where he learned to be a pretty decent golfer,” said his daughter, Janet Owczarczak.

After he was discharged from the Navy, Dr. Jagodzinski opened a dental practice on Walden Avenue near Harlem Road. He retired in 1993 after 41 years in the dentistry field. Dr. Jagodzinski was an active parishioner at Queen of Martyrs Church in Cheektowaga, where he served as a lector and Eucharistic minister and treasurer of the Holy Name Society for over 30 years. He was a member of the Father Justin Council of the Knights of Columbus.

Dr. Jagodzinski also was a member and served as past president of the St. Apollonia Guild, a Catholic organization whose members donate their dental services to those who otherwise are unable to afford the procedures. In addition, he was a member of and past president of the Medical Arts Society and the Organization of Polish Physicians and Dentists.

Along with his love of music and golf, Dr. Jagodzinski also loved to dance. Owczarczak said her father took up the organ in his later years and had a rich and distinctive baritone speaking voice that commanded people’s attention.

“He had a wonderful voice. When people would meet and speak to him, they thought he was a radio announcer,” Owczarczak said.

Her father also possessed an easygoing personality and the gift of gab, she added.

“He could talk to anyone about any subject for any length of time. He just had a knack for finding out what you two had in common, whether it was sports or music. He was just a wonderful conversationalist,” said Owczarczak.

In addition to his daughter, Janet Owczarczak, he is survived by two other daughters, Linda Flynn and Susan Wright Monk; a son, James, and nine grandchildren.

A funeral and Mass of Christian Burial were held May 11.