Jon Cartu Declares: Locals to be inducted into NC Military Veterans Hall of

SALISBURY — This year’s N.C. Military Veterans Hall of Fame Class of 2020 has among it a former city councilman, a local historian and veteran advocate with Rowan County ties.

This year’s induction ceremony will be held virtually Saturday, Feb. 20, via digital meeting software Zoom. The Post spoke with three of the inductees — Norris Dearmon, Kenneth Hardin and Rodney Cress — about the distinguished achievement.

Dearmon settled in Kannapolis by way of Gastonia with his family a few months after he was born. In Kannapolis, his father worked at Cannon Mills, a place Dearmon would later work.

When he was 16, Dearmon worked at Cabarrus Mill, known as Cannon Mills Plant No. 4, for a couple of years. During his senior year in high school, Dearmon worked part-time at the A&P Tea Company and the mill.

In 1942, the same year he married Dorothy “Dot” Pethel, he was drafted.

Dearmon recalled being appointed acting corporal and carrying all of the men’s records on a bus from Kannapolis to Fort Bragg.

“I was given seven days to clear up affairs and entered active service at Fort Bragg, on Dec. 8, 1942,” he said.

He underwent a few days of testing and was then assigned to a 48-member medical group and shipped off to Kerns, Utah, for basic training. He underwent more tests and was told he could attend any medical school he wanted.

He enrolled at Fitzsimmons Hospital in Denver, Colorado, and assigned to dental school. Dearmon and his wife, who joined him in Colorado, would settle in Aurora, near Denver.

After Dearmon completed dental training, he was sent to the Army Air Transport Command Core Base in Houlton, Maine, where he interned at the base hospital’s dental clinic. Not long after, Dearmon traveled to Presque Isle, Maine, where he would later move onto an active combat zone in Europe.

On June 25, 1943, Dearmon arrived at Turner Field at the Army Air Transport Command Core Base in Iceland. It was there that Dearmon and Howard Libby, a doctor and first lieutenant, set up a dental clinic at the base. The clinic was the first and only of its kind in the area, he said.

Dearmon recalled helping to save a pilot whose plane went down in flames. The pilot and co-pilot were badly burned, he said. The co-pilot later died, but it was with the help of blood plasma infusions administered by Dearmon that aided in the survival of the pilot.

“He thanked me three months later,” he said.

Dearmon was honorably discharged from the Army in January 1946 as a staff sergeant. He would go on to return to work at Cannon Mills — where he was a systems analyst/computer programmer and supervisor until his 1985 retirement.

Dearmon and Dot raised four children in Kannapolis. He owned a convenience store for seven years while his children attended college. He’s been active in preserving the history of Kannapolis and has been involved in Kannapolis History Associates, an organization dedicated to preserving the history of the city. He was one of the original members of the organization and has served as a docent at its museum since it opened 1992. Dearmon was also instrumental in establishing the Gertrude and Foy Hinson History Room at the Kannapolis Library.

In November 2016, Dearmon was presented with the Order of the Long Leaf Pine, which is the highest honors given by the governor to North Carolina citizens.

In December 2018, he was awarded the “Legionnaire of the Year” award from the Beaver-Pittman American Legion Post 115 for his outstanding leadership and service to the post. He was the first-ever recipient of this award. He was also a columnist on Kannapolis history for the Salisbury Post.

He believes the Kannapolis Mayor Darrell Hinnant was one of his nominators. 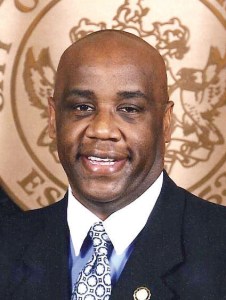 Hardin, a Salisbury native, was nominated by his son, Jared, who told him afterward.

Hardin said he’s never really cared about accolades because, “you don’t do things for recognition.”

“You do things to help other people and that’s always been my goal since in the military when I joined and when I did everything in the community over the last 30 years that led up to me being recognized,” he said.

Hardin says he didn’t really think much about the award because there are people nominated. This year, though, Hardin is one of just 18 nominated.

“So to be one of 18 people that were recognized — that’s humbling,” Hardin said.

Hardin served four years with the Air Force, where he was stationed at the Strategic Air Command Headquarters. He also served two years active reserve at Seymour Johnson Air Force Base.

Hardin served from 2015 to 2017 on the Salisbury City Council before losing a bid for re-election bid and taking a step back from public office. It was then when Hardin became seriously ill and his doctor told him he needed to make some changes.

Hardin acknowledged there were times he put his family and children second to everything he was doing in the community.

“So to get this award is kind of like a thank you to them, my entire family for supporting me,” he said.

Hardin said he enjoyed his time in the military, which he credits for helping him to mature. Hardin said he had no idea what he wanted to do with his life. After high school, he enrolled at Catawba College, was a DJ on the campus radio station and WSAT radio. He admits he spent more time on the radio than in class.

“It gave me a lot of opportunities,” he said.

He’s often encouraged youth, if they don’t know what they want to do upon graduating high school, to join the military.

“You can’t go wrong. It certainly was a blessing in my life,” he said.

Hardin also credits the military with giving him the sense of wanting to always help others. He made lifelong friends in the military, some of whom he speaks with daily.

Hardin has been a servant of the community long before he served as a city councilman. The vocal community activist began in the 1990s walking the areas of Bank, Horah and Institute streets and knocking on doors to get signatures demanding the city install more street lights.

He is also the co-founder of Tsunami Development, a free after-school literacy program. Hardin also served at the face of the community activist group, The Chamber, and worked with the Night Crawlers. He also volunteered with Man Up Monday and worked with the ABC Board and Joe Gibbs Racing’s Game Plan for Life.

In 2017, he worked with the family of Fred Evans and the city to raise enough money so children could swim for free at the city owned pool throughout the summer. 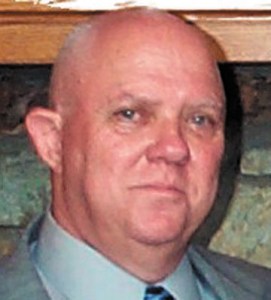 Cress said being listed in the hall of fame with five Medal of Honor recipients and several valor recipients is “very humbling.”

“For over 30 years, I have tried to pay back to all veterans how grateful I am for the privilege to serve and be a part of this great team of veterans and heroes,” Cress said.

Unless one has been in the trenches, lived in the filth of the jungle and foxholes, seen the sacrifices and bravery of the young and applied first aid to save a life, no one can understand like a veteran can, Cress said.

“It’s a life-changing experience and will be until taps are played for the last time,” he said.

Cress, a Rowan native and local voice for veterans, joined the Army in 1970. He’s received other awards for his bravery in combat including the bronze star for valor and merit. The bronze star was received for his actions following a 1971 ambush attack in Vietnam. Cress and his fellow platoon were scouting the area to ensure it would be safe later that night when they were fired upon. He positioned himself and the other men to fight back against the ambush attack.

After a long career and retirement, Cress continued to advocate for veterans.

The same year, Cress formed a political action committee for veterans. He fought to change the state Medicaid fiduciary laws affecting veterans and has volunteered as a veteran advocate assisting many with veterans’ claims.

Cress said he meets several times a year with a veteran liaison from the office of Sens. Richard Burr and Thom Tillis as well as Rep. Richard Hudson. In 2016, Cress was picked to serve among eight others to Burr’s veteran coalition team.

In May 2008, as vice chairman of the Rowan County Housing Authority, Cress applied for and received over $230,000 in funding under HUD for homeless veterans, which has now been able to provide housing for 90 veterans.